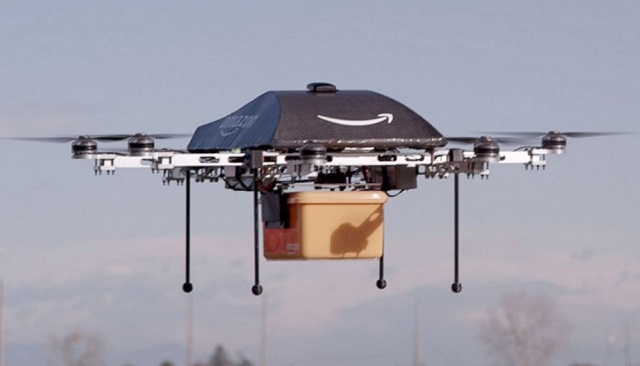 Amazon is testing unmanned drones to deliver goods to customers, Chief Executive Jeff Bezos says. The drones, called Octocopters, could deliver packages weighing up to 2.3kg to customers within 30 minutes of them placing the order, he said. However, he added that it could take up to five years for the service to start. "I know this looks like science fiction, but it's not," Mr Bezos told CBS television's 60 Minutes programme. "We can do half-hour delivery... and we can carry objects, we think, up to five pounds (2.3kg), which covers 86% of the items that we deliver." The service will be called Prime Air and comes as Amazon is looking to improve its efficiency to boost growth. Amazon said: "from a technology point of view, we'll be ready to enter commercial operations as soon as the necessary regulations are in place.", "One day, Prime Air vehicles will be as normal as seeing mail trucks on the road today." Zookal, an Australian textbook rental company, announced earlier this year that it would start using drones to make deliveries from 2015 if approved by Australia's Civil Aviation Safety Authority.