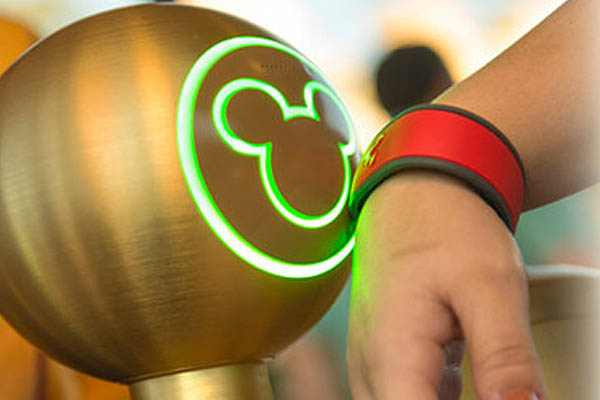 The MyMagic+ project is a billion dollar vacation-planning system that is being tested at Walt Disney World which, through RIFD, has ability to gather reams of personal data about the tens of millions of people who flock to Disney World theme parks each year. MyMagic+ will allow Disney to track where visitors go across the resort; how they spend their money; and what and when they like to eat. Disney plans to use that information to devise more sophisticated and personalised sales pitches, in which everything from the message to the price could vary from one prospective customer to the next. Jay Rasulo, the Disney Co. CFO, recently told analysts that MyMagic+ will allow Disney to sell "services that we can now offer on a personalised basis, because we know who you are, where you are and — if you tell us why are you are coming to visit Walt Disney World for this vacation — whether you're a first-time visitor, a 50th-time visitor, it is your child's fifth birthday, it is a graduation, it's an anniversary. "The more you share with us as a guest, the more we are able to tailor services and, we think, get a lift in selling those services," Rasulo said. At the core of MyMagic+ are wristbands, which Disney has dubbed "MagicBands," that are equipped with radio-frequency identification chips and interact with RFID scanners installed all across Disney World. There are the obvious, short-range chip readers that guests wave their bands in front of — to pay for a souvenir, for instance, or open a hotel-room door — but there are also hidden, long-range readers that read the bands without the guest doing anything at all. Rasulo has said Disney views the analytics component of MyMagic+ as a secondary driver of revenue. The bigger drivers, the company says, will be getting guests to spend more time at Disney World by allowing them to lock in more of their trip ahead of time, and to spend more money while there by making purchases easier and cash-free. Disney World is so big — with four theme parks, two water parks, retail areas, golf courses and more — that few visitors are able to do everything in one trip. Now Disney will be able to tell exactly what they have and haven't done, right down to specific rides. That will allow the resort to advertise existing attractions as new experiences for certain families when trying to sell them another Disney World vacation. It's a powerful tool in an industry that has long had to continually build expensive new attractions to keep travellers coming back. Because a major feature of MyMagic+ is advance ride reservations, Disney will be able to tell ahead of time if a family has booked six nights in one of its hotels but only reserved rides for three days in its theme parks — a sign they might be planning to venture off property to Universal Orlando or Sea World Orlando. Disney could respond by sending them special offers to make a fourth or fifth day in one of its parks more attractive. In addition to trying to generate more visits, Disney expects to goose people's spending on current trips. One example: If a certain in-park restaurant has openings at any given time, Disney could send immediate discount offers to any visitors who its systems show are in that park and do not already have a reserved FastPass for that time. The more information guests provide in advance, the more Disney should be able to drive in-park sales. For instance, one of the central entertainment features of MyMagic+ is the ability to create personalised moments for guests — think Capt. Jack Sparrow greeting a young boy by name and wishing him a happy sixth birthday.