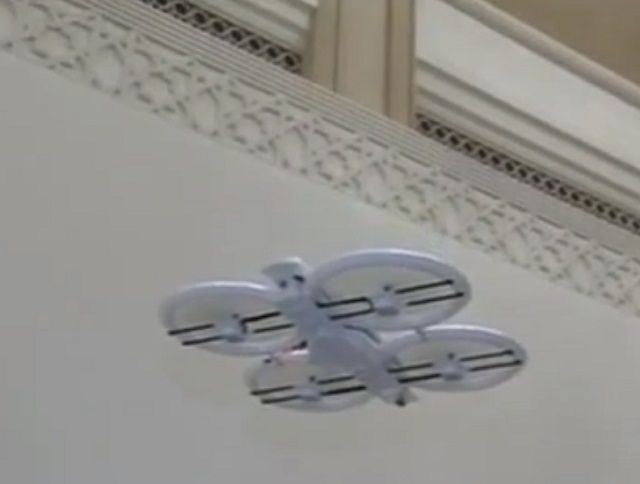 Dubai is to start using drones to deliver driving licences and other official documents, officials have claimed. The United Arab Emirates (UAE) revealed plans to use miniature unmanned aircraft as part of programme to improve government services. It said the four-rotor drones are expected to be operational within a year. The system will use fingerprint and retina identification to protect the cargo from unauthorised recipients. "The UAE will try to deliver its government services through drones," cabinet affairs minister Mohammed al Gergawi said. "This is the first project of its kind in the world." The battery-powered test drone is about 18 inches wide and the rotors are encased to protect damage, and emblazoned with the UAE flag. Mr al Gergawi said the aircraft would be tested for durability and efficiency in Dubai for six months, before being introduced across the UAE within a year. He said air mail would include delivery of identity cards, driving licences and other permits in the country.