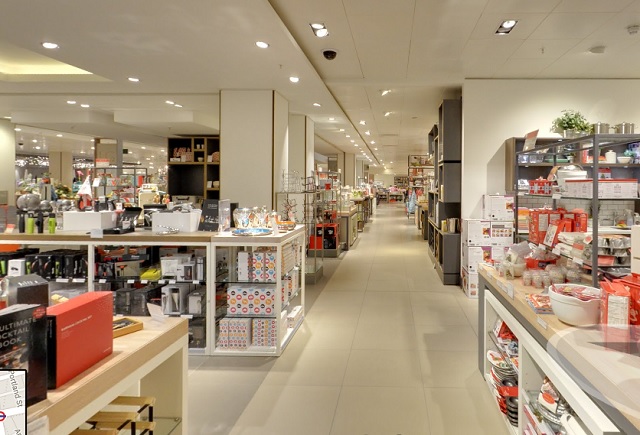 Google continued their pilot project in 2013 which allows the public to look inside shops and other businesses found on its maps. The most recent store to be mapped is the John Lewis flagship on London's Oxford Street, this following on from some trials with other UK retailers like Tesco and Kiddicare stores amongst others. The feature is an extension of the firm's Google StreetView technology, which already lets users view 360-degree exterior images. "Building on the Google Art Project, which took Street View technology inside 17 acclaimed museums, this project is another creative implementation of Street View technology, to help businesses as they build their online presence," said a Google spokesman. "We hope to enable businesses to highlight the qualities that make their locations stand out through professional, high-quality imagery."