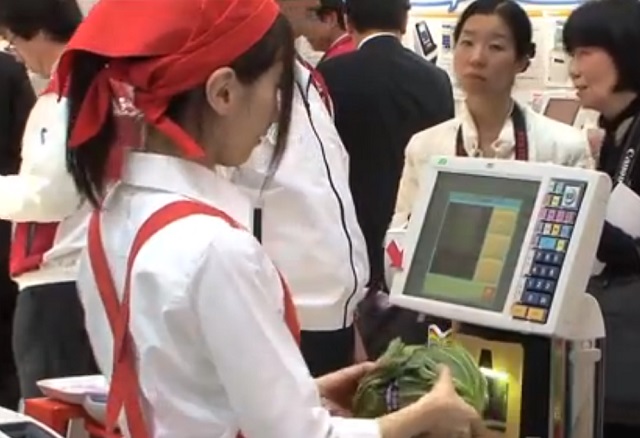 Toshiba have created the Object Recognition Scanner, which reads items without the use of barcodes. According to Toshiba, barcodes can sometimes fail to register with scanners in supermarkets, leading to longer waiting times for customers and requiring checkout assistants to enter the code by hand. The scanner, which is still in development, uses alternative technology which scans items based on their appearance, doing away with the need for barcodes altogether. This is particularly useful for fresh produce, where barcodes are often absent. Toshiba say that the scanner processes items based on colour and pattern and is able to tell the difference between two types of apples.