John Lewis do a whispering window 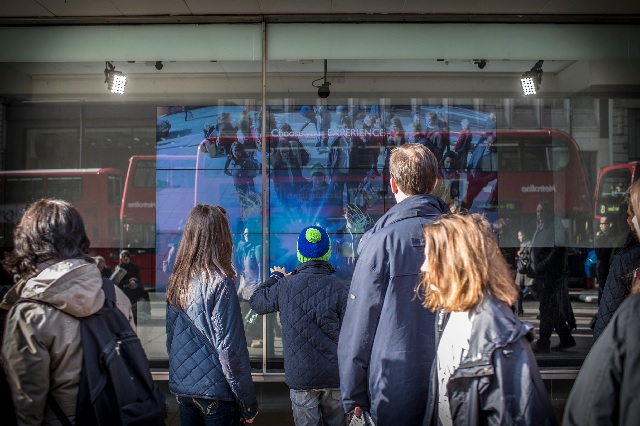 John Lewis has launched an interactive window display at its flagship Oxford Street store and its Peter Jones store on Sloane Square, designed to support a state-of-the-art campaign that promotes the retailer as the place to experience the latest Smart TV technology. The ‘BEAUTIFUL – On or Off’ campaign is designed to entertain shoppers and commuters with a memorable augmented reality experience, which has been audio-enabled using Feonic’s Whispering Window invisible speakers. The window display was featured back in May (2013) and was designed to showcase the innovation of Smart TVs. People passing by the stores were able to use the technology first-hand, and by integrating the Whispering Window technology, sound will be projected through the windows so everyone can hear what is being played through the Smart TVs. John Lewis Group wanted to deliver something out of the ordinary, to make as much impact as possible. We knew the best approach would be to use not only a visually captivating display that really captures the eye of passers-by, but the use of audio would really make heads turn. It was identified that the number of passers-by who interacted with the window display, when audio was being used, increased by 56% and sales of the on-show products increased by 40%. The same technology was used recently in GAP stores.