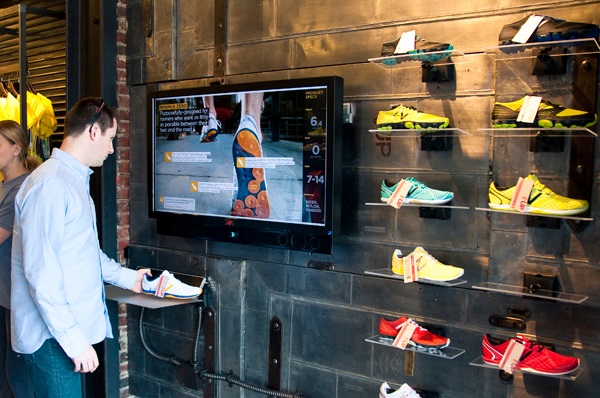 New Balance, an early adopter of RFID technology last year opened a flagship store in Boston. Named ‘the Line Up’ by New Balance, the experience uses embedded RFID tags to trigger content on in-store screens when shoes are picked up from a wall display, or placed on a featured display area. As part of a campaign during the Boston marathon last year, cards with embedded RFID chips were being handed out around the city, each redeemable for an in-store gift that can be revealed only by bringing the card to the RFID display.