Retail touch-screen displays made out of air 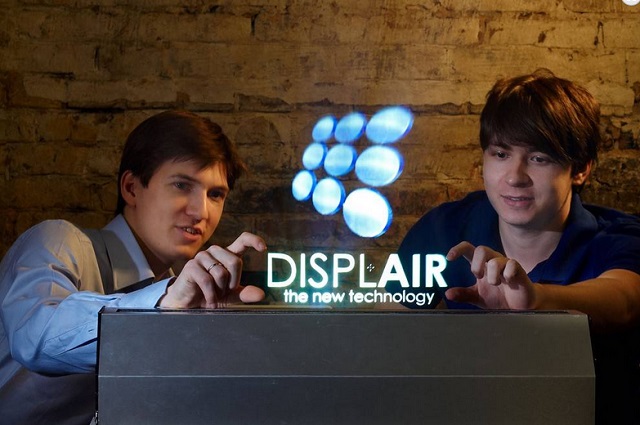 Air screen technology is a digital picture projected in the air. The image is projected in the air and as it floats in mid-air, it's gesture recognition system is able to capture hand movements allowing for virtual object manipulation in free space. The image is created inside of aerodynamic layer of dry fog which is composed of ultra-fine water droplets. Initially this technology won't be cheap, selling for $15k per display. These displays are likely to be seen in luxury stores as a way to attract customers to a display in store.