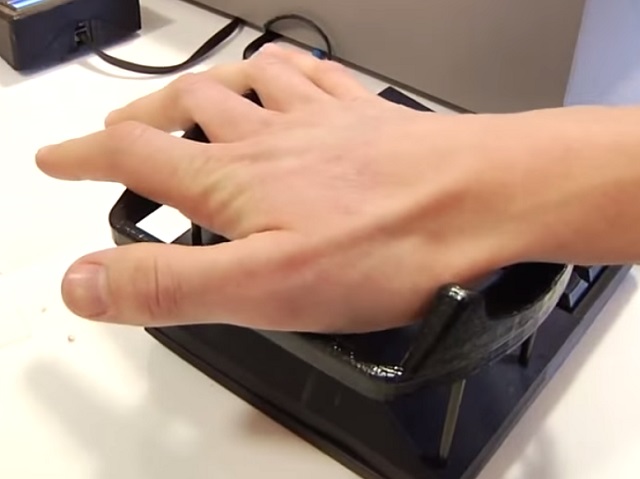 A group of students at Lund University in Sweden have come up with a biometric payment system. It works by touching the screen with your palm and entering the final four digits of your smartphone number. The inventor, Fredrik Leifland, explains, “I had the idea when I was queuing in a supermarket. I realised that the most time-consuming part of the whole purchase was paying and I thought there must be a faster way to do this. And that was the start of Quixter.” An infrared scanner recognises the unique vein structure in each person’s hand to identify them. The technology in itself is not new; in Japan it has been used for many years to access medical records and the system is now widely used to identify people. But Quixter claims it is the first company to use the technology in a payment system. According to Leifland, the system is more secure than using fingerprints, and avoids the problem of card cloning.