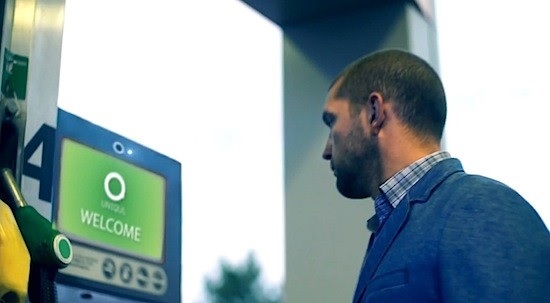 Shops of the future could do away with wallets, cash, credit cards and even contactless payment through mobile phones, as a Finnish startup has created a way to pay with just your face. Helsinki-based Uniqul uses "military-grade" facial recognition algorithms to identify shoppers as their goods are being scanned at the checkout, positively identify them against a database of photographs, and processes their payment; all the shopper needs to do is press 'ok' on a screen to confirm the transaction. The security of such a system could pose a major concern for shoppers and retailers alike, but Uniqul CEO Ruslan Pisarenko is convinced that his system is more secure than traditional payment methods. Pisarenko said: "I think the core thing about safety is that fundamentally, biometrics is a much more secure way to identify a person than giving him a card or a phone [with NFC for contactless payment]. Uniqul is able to verify that it is you who have been there and made a purchase. As an additional level of security, some of the customers will be offered to enter a PIN-code, but as Uniqul identification happens while your barcodes are being scanned, this will not increase time that you are spending on checkout." The company claims 96.8% of users will not need to enter their PIN as a second layer of security, and the system only confuses a shopper for the wrong person in 0.01% of cases - that's one in every 10,000 cases. But even if the success rate can reach 100%, security experts believe that convincing customers of its benefits will be difficult. Graham Cluley said "I would imagine that they would have an uphill struggle convincing vendors to invest in the system. But, perhaps more critically, it will be a considerable challenge talking consumers around to be comfortable with the idea of shops taking mugshots of them every time they want to buy a KitKat." The process is claimed to take less than five seconds, as cameras monitor shoppers from when they join the queue to pay, so once they get to the checkout Uniqul has already identified them and is ready to charge their account once the product barcodes have been scanned. Pisarenko continued: "I believe that we are a very ambitious company, Our primary goal is to get strong presence in Scandinavia within several months. Apart from that, we are planning to globalise our product as soon as we are ready."