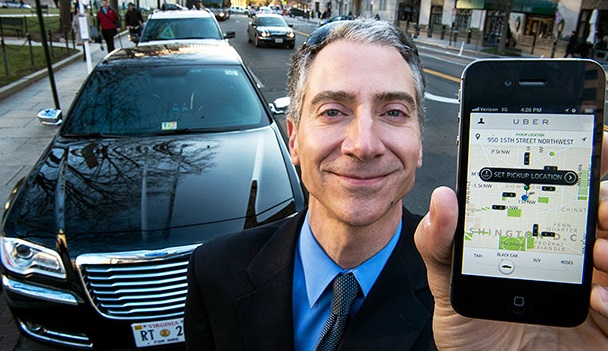 Uber is trialling it's cab app for local deliveries. Branded 'UberRush', the service recently experimented in U.S. cities over the past year. Having already built an extensive network of taxis in 60 cities around the world, Uber look to leverage that network to challenge the big delivery/courier services. Continuing it's trial in New York, deliveries start at $15, with additional charges based on zoning. It invites deliveries to be carried out by all means of transport including the bicycle and metro as well as Uber's traditional cab network. The service is primarily available from 8am to 6pm Monday to Friday. Unlike some competing services, couriers will not purchase the items you need for delivery. "We're in the business of delivering cars in five minutes. And once you can deliver cars in five minutes, there's a lot of things you can deliver in five minutes," Uber founder Travis Kalanick told CNNMoney at the LeWeb technology conference in Paris.